The World Youth Parliament for Water is a youth network advocating for water around the world. This movement of passionate young people from over 80 countries affects changes at all levels: from local communities, where they implement concrete actions, to the global level, such as the United Nations General Assembly, where they advocate for youth participation in the water sector. The WYPW is supported by the International Secretariat for Water and every three years a general assembly is held during the World Water Forum to identify new members and develop an action strategy for the following three years. Youth are an important catalyst for change and together with other civil society groups, governments, economic actors, etc. We can reshape our future.

On the 16th of March, youth from across the globe gathered in Brasilia for the 4th General Assembly. Excited, eager and anxious, there was absolutely nothing that could have prepared us for this life-changing journey we were all taking. After the initial introductions and icebreakers of day one, we were a fully functioning body, learning more about each other and ready for the road ahead.

During the week we were required to partake in a number of activities designed to push and challenge our creativity, analytical skills and open our minds. Our communications workshop was led by Tom Lllewellin and Alexandre Edelmann where we learnt the importance of storytelling, establishing an emotional connection with your target audience, encouraging emotional investments in your stories, elements of a story and most importantly believing your own story. 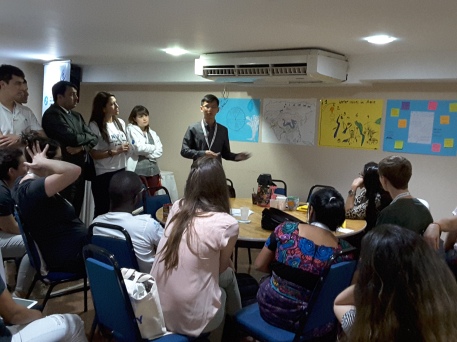 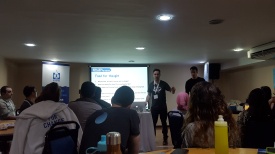 We were given the task of telling our own stories in groups, an exercise that seemed simple until it began. It was at this moment we learnt what water truly meant to each of our members. For many of us, our water issues revolved around poor governance, water wastage and lack of awareness; however, one participant, Marly, suffered from the absence of water.

Tears flowed as she shared with us… While we hear statistics all the time and see adverts on television, to hear the story from one of our very own made all the difference in the world.

Marly’s story wasn’t the only moving story we experienced on this journey. On Tuesday, we had the honour of visiting an indigenous community of Santuario Dos Pajes to learn how the community has experienced and responded to water issues.

We were beyond excited and intrigued, assuming that we were going to a remote forested area. To our surprise, we were not very far from the city and there were high rise apartment complexes everywhere.

Leaving the sheltered world of the city centre, we arrived at an apartment complex on the outskirts of Brasilia. On one side of the road there were apartments and on the other was the entrance to an indigenous community.

What?  How? You are just as confused as we were.

Despite our contradicting surroundings, we made our way down a track and into the community. Although apartments and construction were on the outskirts, the further we walked the more we felt peace, disconnect from the world and one with nature. We danced, we sang, we prayed, we planted and we cried. 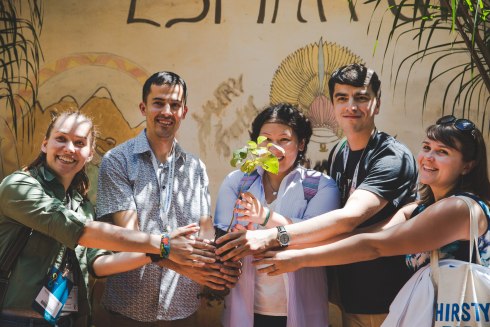 We cried because we could not believe the prejudice and injustice this community was facing from the Brazilian Government. Once water-rich lands with flourishing springs now completely dry, filled with tractor marks and sewage tanks. We met 19-year-old Fexta, the bravest 19-year old I have ever met. 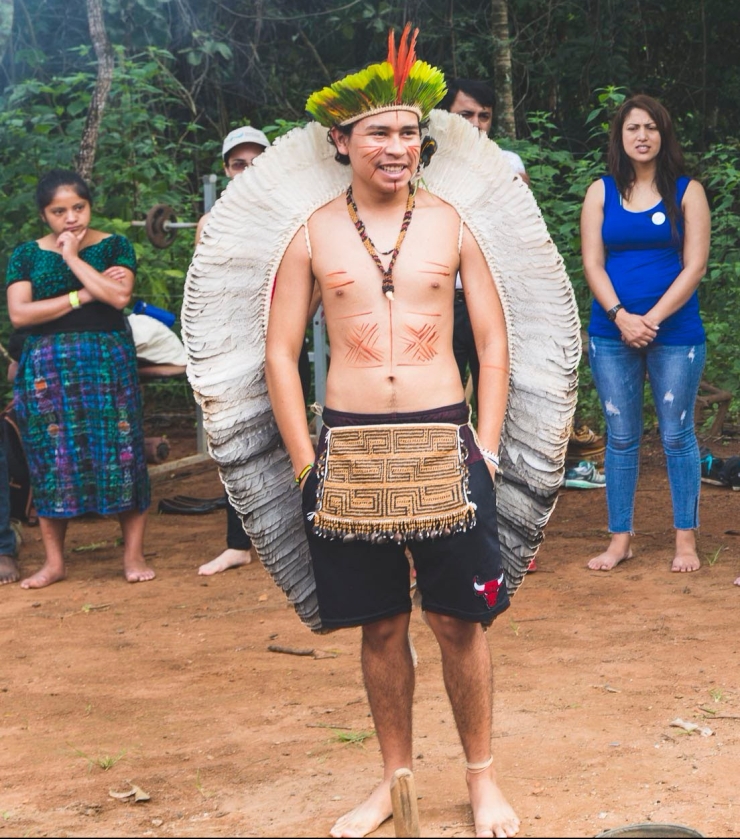 He openly shared with us an event that occurred during the night as his family was resting. There were loud noises and activity on their land so he investigated. Upon his investigation, he discovered fully armed soldiers and a tractor. After informing them that they were on private property, he was physically moved by the tractor, his mother was held at gunpoint and the community’s lives were threatened simply because they were protecting what was theirs. Activists from across Brasilia and other indigenous communities came and stood in solidarity with them as they stood united protecting what was theirs.

This was pure cruelty and a battle that they are fighting daily. We learnt that their land is on an aquifer, but they no longer have free access to this as the government now fully controls it and cuts their supply whenever there are visitors. This 19-year-old boy is prepared to die fighting for his community’s rights a reality that he and many other environmentalists in Brazil face as the country has the highest number of land activists killed in the world. Despite the cards that this community has been dealt, they are optimistic that one day their springs can return, their families can peacefully live on the land and the importance of the natural environment will be recognised.

Although one of our members Pedro Cunha explained to us the corruption and poor management of Brazil’s Natural Resources, we were able to experience it first hand and understand the importance of the World Alternative Water Forum FAMA 2018. As a Parliament, we were there to attend to World Water Forum, so to learn about an alternative forum our interest peaked. FAMA 2018 took place simultaneously with WWF and aimed to bring together organizations and social movements that fight in defence of water as an elementary right to life.

It is believed that the WWF existed to promote the commercialisation and privatisation of water making it an unreachable resource for many populations who suffer social exclusion like indigenous people. For example, being labelled a trade fair with a purpose of promoting a market that would allow access to multinationals in the water and sanitation sector encouraging greater disparities in water access. Ultimately facilitating large companies to have privileged access to government decisions and hinder advancements in global public policies through bribery and corruption. The organisers of FAMA 2018 believed that water is a public good and its issues should be debated democratically with the people of society especially severely impacted communities.

The alternative forum focused on the fight against the privatisation of water, public advocacy and social control of water sources, public water and sanitation services and public policies necessary for the environmental preservation and social control of water use. It was a forum for the people by the people. Although we were not attending FAMA 2018, their messages became our messages and we made it our mission to represent them on every platform. 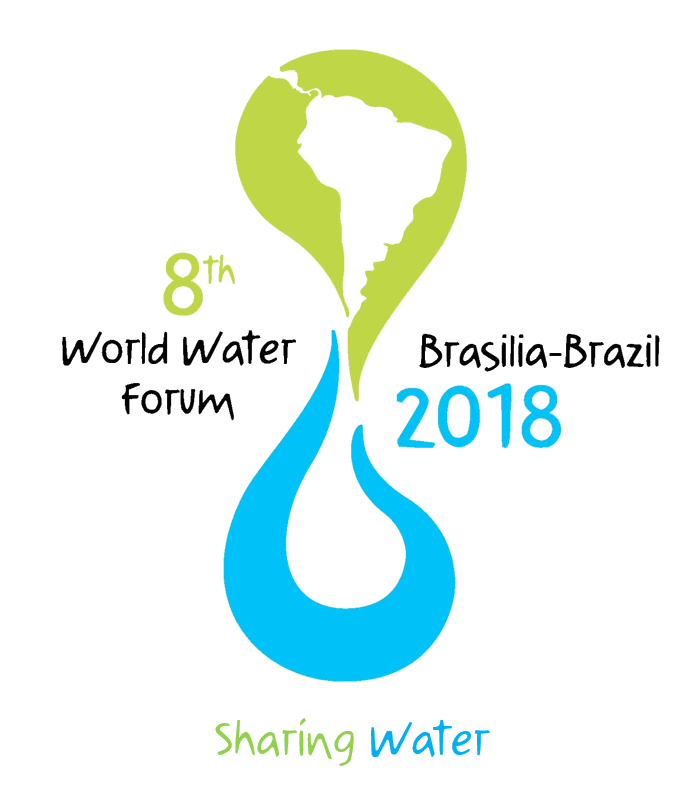 The 8th World Water Forum felt the full blast of the Youth Parliament. During the Forum, the youth advanced the cause of the Parliament’s theme, Water and Peace. We actively participated in sessions, workshops panel discussions and contributed directly to dialogues pursued by policymakers on transboundary issues. We asked thought-provoking and insightful questions, engaged in meaningful conversations, built global networks with politicians, professionals and organisations. 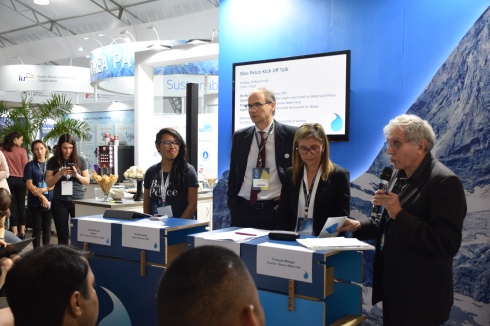 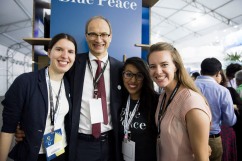 Many of our WYPW members sat on the panels as recognised key stakeholders for their local regions making structural changes at the forum as youth inclusion was our goal. We ensured our voices were loud, meaningful, prominent and relevant. We connected with other youth and are working towards making sure future forums inclusive and open to not just the youth but other marginalised groups in society.The youth for water and climate platform was also launched which enables youths from across the globe to submit their projects and receive the assistance of varying forms in return. 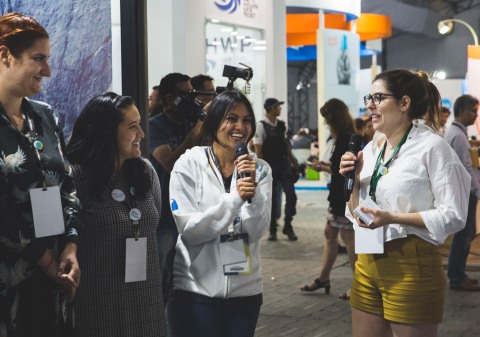 As a parliament, we held our elections, which were a little tricky at first, but our unity prevailed. 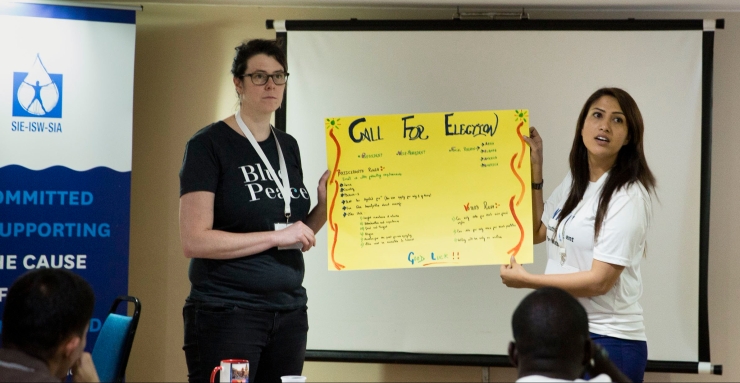 Our new President of the network is Lindsey Aldaco-Manner, from Texas A&M University, Vice President Roshani Bhattarai of Nepal, founder of the Nepal Youth Parliament for Water and six elected regional representatives. The board will advocate for water issues around the world while mobilizing youth and supporting change.

“I’m excited to stand up for the right of all to access water and sanitation,” said Aldaco-Manner. “We have tremendous potential as a network to undertake projects that facilitate sharing while advancing the cause of water and peace. I would also like to thank the previous board for their hard work and service.”

All work and no play makes Jack a dull boy. Our cultural night was a celebration to behold. We witnessed each other’s traditional garments, foods and danced the night away. The anthem for the assembly was the Macarena as that song connected us all as we moved our hands and shook our hips. We salsa danced, learnt funk which is a Brazilian form of dancing and then just moved our bodies to the melodies of the various songs from across the globe. 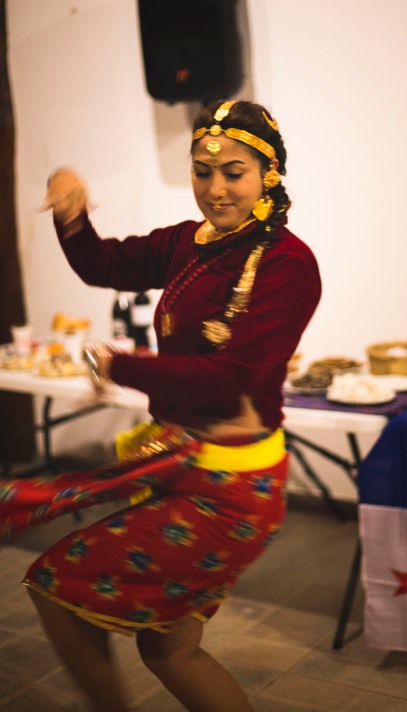 Our visit to the Swiss Embassy was regal as we networked, drank and laughed the night away. Bus rides were always a party to and fro as one of our very own was the perfect hype man, Muhammad Furqan, who always bought the energy, kept us pumped and ensured that each and every one of us had a smile on our faces. On our last day as a family myself, Stephanie and Abel became the honourary alcohol committee and trust me when I say we delivered. Beer, wine, chaser and liquor was in order and for the last time, we celebrated hard knowing that it would come to an end but believing that we will meet again and our path was bright.

So what did we learn?

We understood the concept of perspective and appreciation. We saw water for the first time in a spiritual sense and truly felt connected to nature. This lesson came from the indigenous community as we witnessed a simple yet fruitful way of life.

There was an ongoing theme of nature-based solutions for water, but in order to understand what that means, we need to reconnect with nature and feel it in order to implement mother earth solutions. Then there was the Blue Peace movement  – an initiative of the Swiss Government – that water cooperation in an age of increasing instability and works to prevent conflict and find solutions that benefit all.  Water is important to all of us and if we value it and treasure it there is a natural desire to protect, preserve, conserve and respect it.

The World Water Forum saw generational integration as the youth were supported and given a platform to voice their thoughts, ideas and solutions. This is where I believed that we as a globe are heading in the right direction.

I never truly understood what it meant to be without water and hope to never have that feeling. However, by attending the 4th General Assembly and the World Water Forum my eyes have been opened to a reality that many across the globe face and despite my reality I cannot turn a blind eye.

I have realised that many of us have lived disconnected lives from nature as materialistic items have taken over. However, I think I speak for everyone when I say we are eternally grateful for our experiences in Brasilia as now our lives are filled with understanding, purpose and determination to move forward as individuals and as a youth network to bring about real change and ensure a water secure world for all.

Look out for the World Youth Parliament for Water we are on a MISSION !!! 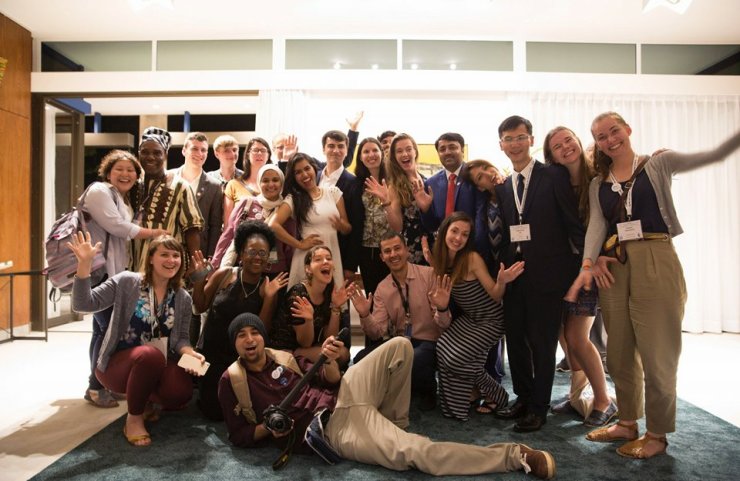 For more, you can check out my youtube channel: https://www.youtube.com/watch?v=Z14CFQ0uSvQ 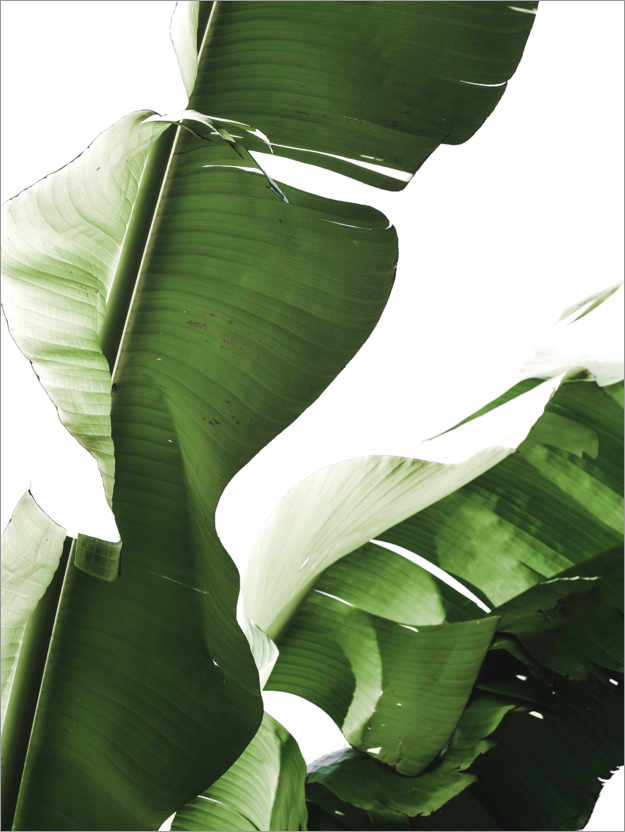