Styrofoam is an environmental and health hazard from start to finish!

Let’s get technical for a bit.

What is styrene you may ask? You may know it as Styrofoam however Styrofoam” is actually just a brand name! The real Styrofoam™ was invented in 1941 by Dow Chemical and is used exclusively in building insulation, to float docks, and in some molds for floral arrangements.

The white plastic items we incorrectly refer to as Styrofoam are very similar, however;

Polystyrene is actually just another type of plastic- a petroleum-based lightweight plastic made from styrene (a synthetic chemical) and benzene.

So what’s the problem? 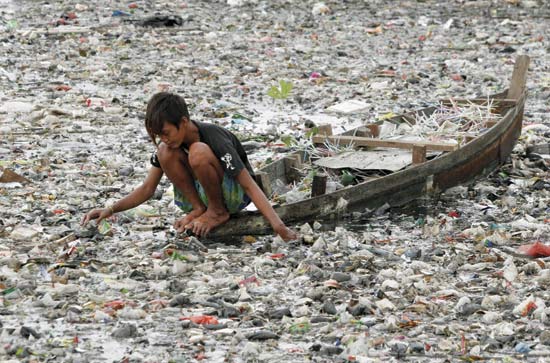 Every day in Trinidad 32.9 tons of Expanded Polystyrene foam containers go to the landfills.  What doesn’t reach the landfills is in our drains, our roads, our beaches, our rivers literally EVERYWHERE!

We (you and I) have a dangerous consumption pattern of styrofoam and its due to our lack of knowledge, our silence as consumers and its availability on the market.

Why is it so readily available to us well its simple styrofoam its cheap, lightweight, easy to carry, an effective insulator of food and it is white which is perceived as being sterile and hygienic.

So let’s talk about health.

Again this isn’t just bad for our health, its horrible for the environment.

“Styrofoam” is one of the country’s most visible forms of litter. We clearly love to see our rivers, drains and streets decorated with white cups and containers, it’s absolutely beautiful! Looks just like snow!

You may be thinking if you dispose of it properly then you’re not harming the environment. Guess again!

Well, its an obvious solution to the problem is to recycle polystyrene right ?????

Nope ! Polystyrene foam is 95% air so it is not cost-effective to store or ship. Also, it is often contaminated with food or drink and is difficult to clean because it is so porous. Basically, it is just not feasible.

So what’s the answer? 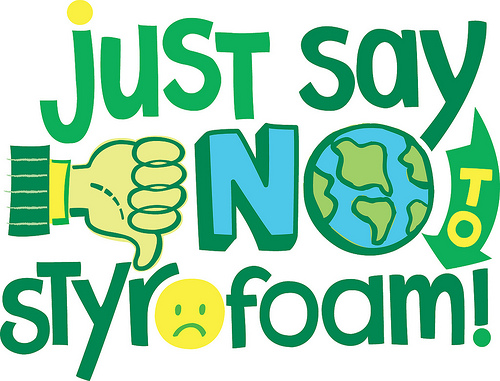 There are greener and safer options. Biodegradable packaging is just as effective for transporting food as its Polystyrene counterpart – but instead of remaining in the environment for hundreds of years, it breaks down naturally limiting the environmental impacts.

Firms such as Caribbean Containers Inc have developed ECO PAK containers, which provide similar functions as Expanded Polystyrene foam but within 90 days they biodegrade.

Our main manufacturers can invest in eco-containers and connect with local farmers to source raw materials for their products thus cutting cost on importation. Moreover, the more companies that produce eco-friendly packaging the cheaper it will be on the market thus consumers wouldn’t have to carry the burden of a cost increase in goods.

Currently expanded polystyrene has 0% of duty rate when entering the country, while other products, like containers made of bamboo has a duty rate of 20%. If this rate is significantly decreased or subsidized by the government then there would be no need for a price increase.

While the current international trend is to ban this material from the markets, the rates of duty in Trinidad and Tobago only serve to stimulate the consumption of polystyrene containers. In order to create an attractive market environment to stimulate the introduction of alternative and sustainably designed packaging, policies and duties need to be reviewed in favour of sustainable packaging, products and materials.

A percentage of 57.79% of Expanded Polystyrene foam containers are produced locally in Trinidad and Tobago. Sanicup, the brand produced by Santainers occupies the largest market share in this country so it is only fair that they would express concern over their industry. However, to say that eco-friendly packaging is just as detrimental to the environment as Styrofoam is completely erroneous an effort to sway and mislead the public from the truth.

Santainers is solely seeking their best interest and ignoring the public’s health and safety.

Instead of attacking eco-friendly packaging why not invest in it?

Instead of discrediting the health effects why not take a stance for your customers’ health and provide them with a safer option?

Profits are so important that you are willing to put money before your customers?

This is an opportunity for Santainers to be innovative, to be eco-friendly, to connect with the country’s agriculture sector and to be the wave of change that the country needs.

It’s time we ban Styrofoam our health depends on it!

We have a voice! Let’s use it!

We need the earth more than it needs us! 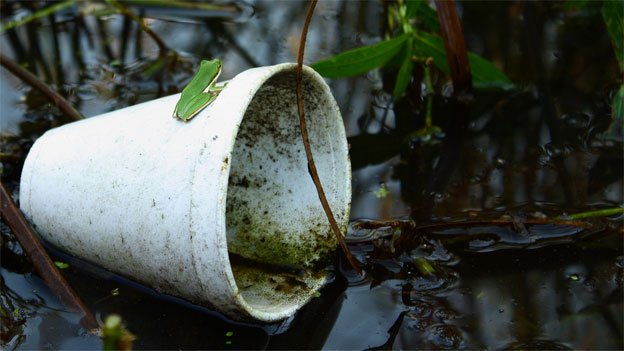